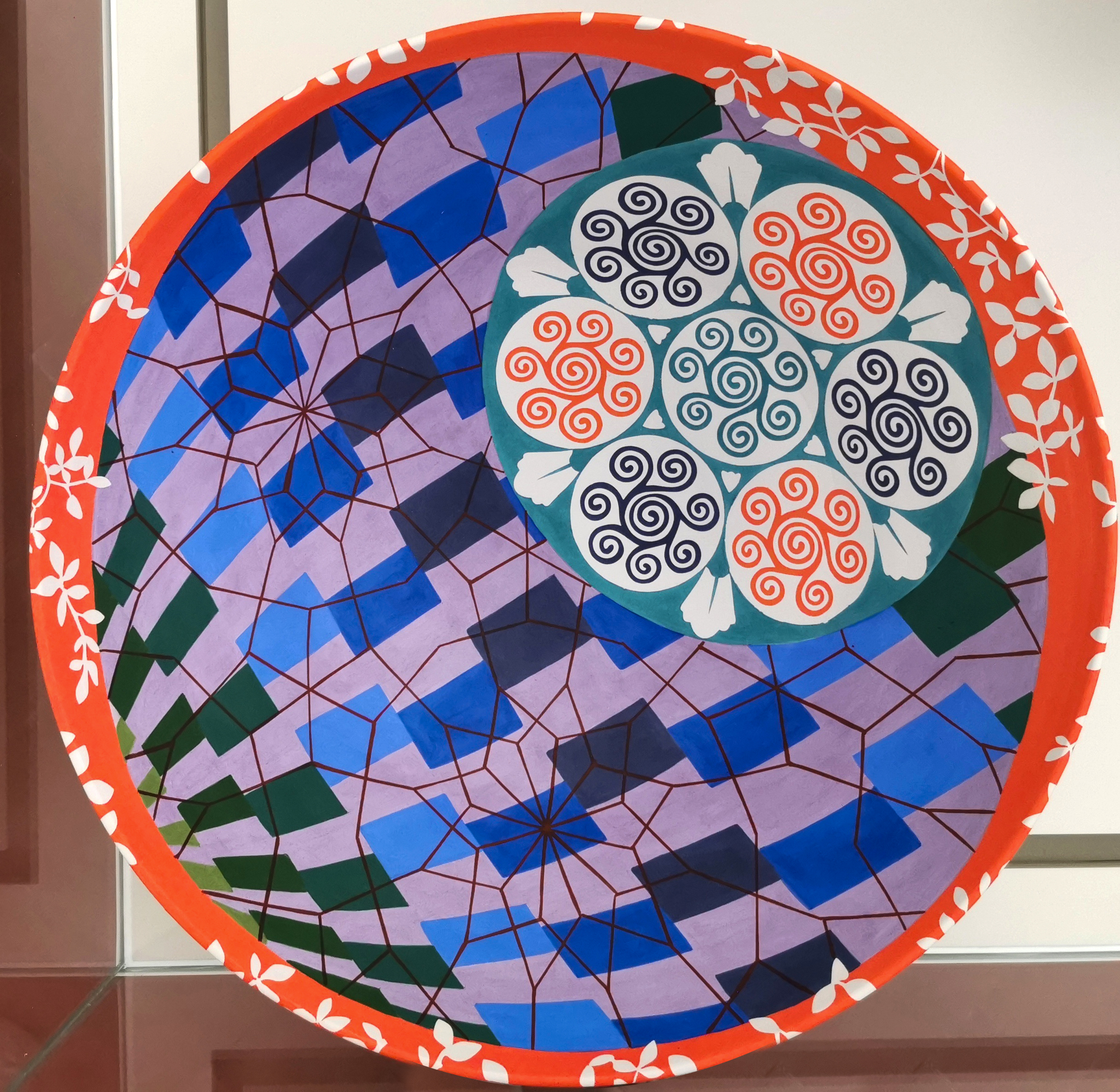 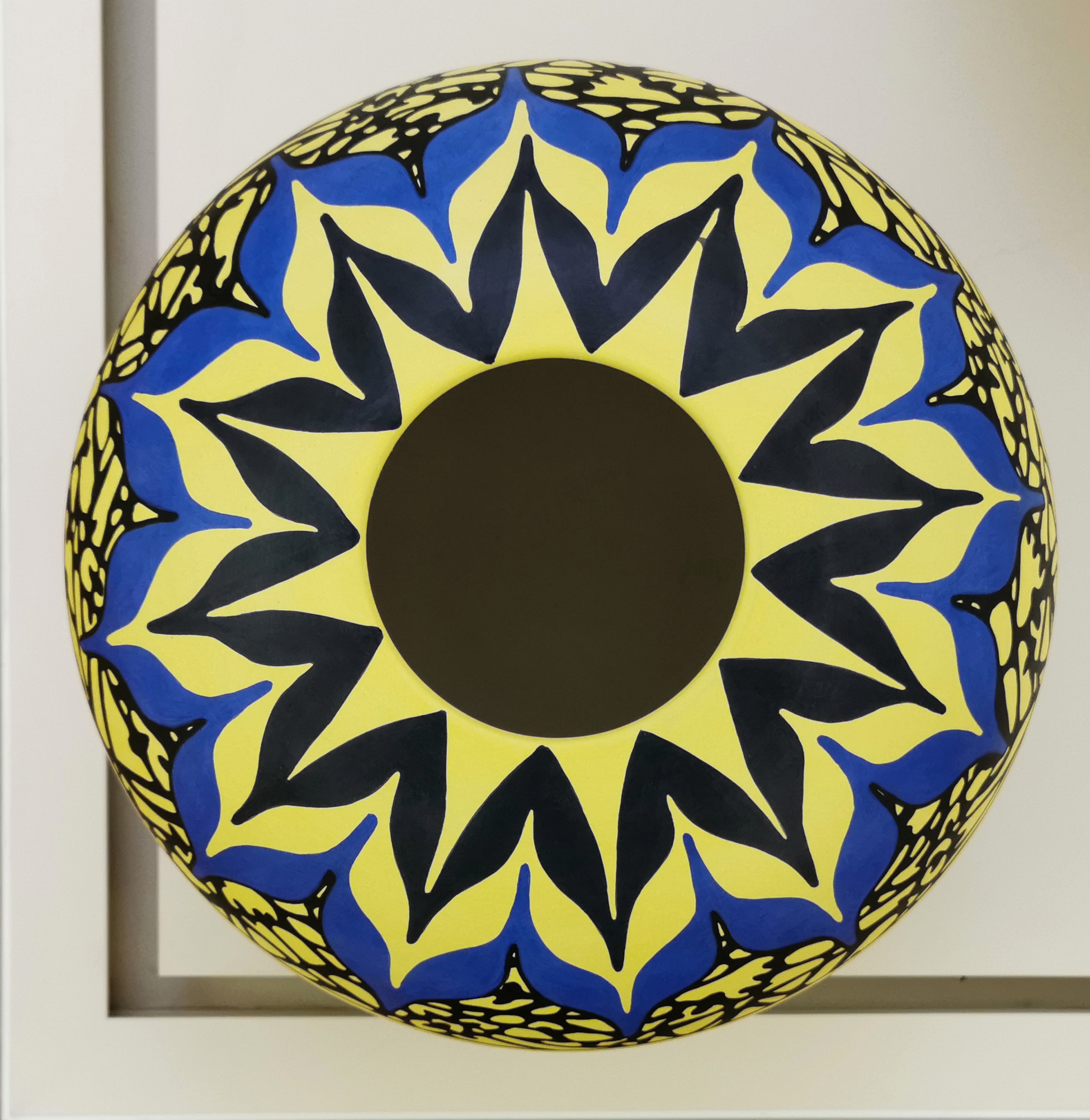 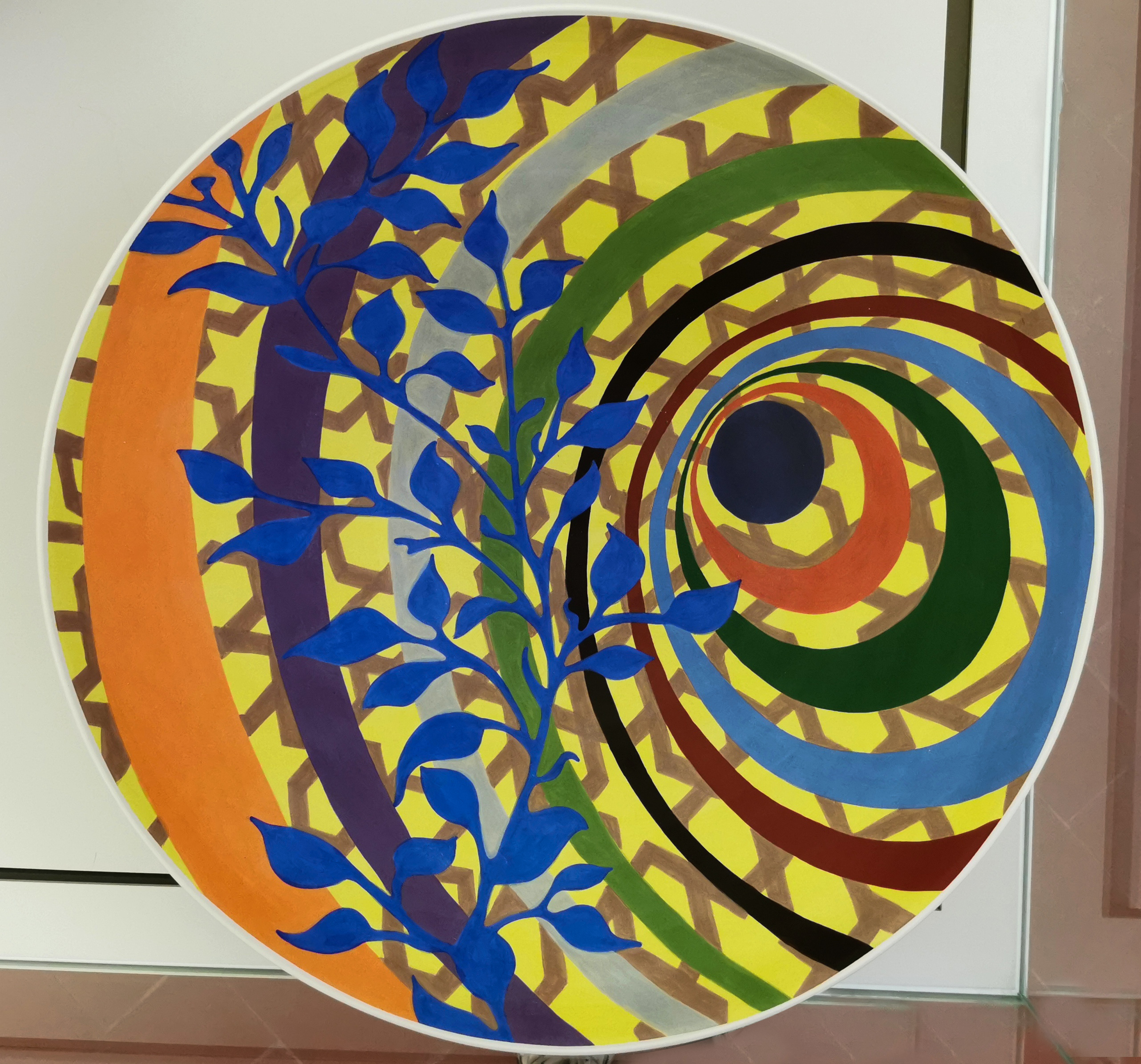 The solo exhibition “Contemporary ceramic inserts” of the artist Eloisa Gobbo opens on Saturday, October 22nd at the exhibition halls of Chini Museum. Conceived by Alessandro Cocchieri, “Contemporary ceramic inserts” is proposed as a new artistic project for the promotion of ceramic art in the Mugello area, which sees the Municipality of Borgo San Lorenzo awarded the title of City of ceramics.
Villa Pecori Giraldi hosts the Chini Museum and was donated to the City in 1979 by the last owner, it is one of the most interesting buildings in the area. The large villa, which is spread over two floors, has a beautiful Renaissance-style facade topped by a strong crenelated tower, extensively restored in 1902.
The decoration of the interior of the villa and the involvement of the Chini family dates back to the midnineteenth century.

The Project
The remarkable permanent exhibition dedicated to Galileo Chini at Villa Pecori Giraldi will host, in dialogue with the collection, national and international artists who move new horizons “in a contemporary context”, in ceramic processing and decoration techniques. The first artist invited is Eloisa Gobbo whose works will interact with those of Galileo Chini with recent and little-known works: a dialogue between matter, space and interior architecture, which will offer the opportunity to follow two research paths that are located, differently in time, but in adjacent positions, in the interests and intentions, in the relationship with the ceramic medium.
The Museum displays a collection of artworks dedicated to the artistic history of Galileo Chini and his family. The trail, which naturally begins with an exhibition of ceramic masterpieces created during his collaboration with the manufacturer “Arte della ceramica” which he founded, continues with an in-depth account of the artistic genius of Galileo Chini, that was also invited to participate in “La Biennale di Venezia” from 1901 to 1936. In 1909 he received the commission of decorating the entrance of the Venice Biennial Pavilion (Giardini) where he carried out in about twenty days, the frescoes in the eight segments of the dome, representing the cycles of the arts.
In order to render the spirit of the project, inserts of contemporary ceramic, the Director Alessandro Cocchieri, has conceived an installation in which a series of ceramic vessels of Eloisa Gobbo is set in front of a cartoon, a preparatory drawing that Galileo Chini realized between 1914 and 1918, representing the Allegory of the work. This room becomes the main focus of the entire exhibition conceived as an inlay of
the two artistic research. Integrated into the frame of the Chini Museum, is also the series of works called “Globe”, placed side by
side with the vases by Galileo Chini and the stained-glass windows by Tito Chini, the two most representative artists of the Chini family. Everyday bourgeois objects, become a scenographic decoration that overpowers the space, while transforming the simple ceramic forms, ordinary in material and theme, in elements that reveals the intricacies of the painterly surfaces full of flora and fauna.

Eloisa Gobbo is an Italian artist currently based in Padua, Italy. She received a BFA in Painting from Brera Academy of Fine Art in Milan, where she is now a Professor of the Course of Cromatologhy.
The work of Eloisa Gobbo sits at the intersection of craft, design and art, exploring contemporary themes through design and decoration, conceived as a visual language that expresses personal and socially topical content.
Her work has been noted for its use of color, the incorporation of motifs from both Eastern and Western decorative tradition and popular culture, and its flat surfaces, which create on the surface the illusion of an elusive space, composed by a multiplicity of layers, which together contribute in creating the effect of a large and joyful universe. In fact, Eloisa Gobbo’s work is characterized by a dense forest of intertwining
colors, textures and grids created with the overlapping of elements from the most varied iconographic origins, borrowed from the web, design, graphics, botany, ornamental motifs of the Western and Eastern tradition. Dense and visually provocative, the work of the artist is animated by the insistent search for an intense visual rhythm.
In 2022 she received the residency grant of Montelupo Fiorentino from the Bienal of Manises in Valencia, Spain and in 2021, her work won the second price at the Premio MIDEC, International Museum of Ceramic in Laveno, Italy. In 2009 her work was shortlisted for the prestigious Fabbri Prize.
Her work has been exhibited widely, including the Museu de Ceràmica de Manises, the Midec, International Museum of Ceramic, the Bozar, Palais des Beaux-Arts in Bruxelles, Belgium, the Hubei Museum of Art in China, the Civic Museum of Palazzo Volpi in Como, the Royal Palace in Milan, the Prague ‘s Biennial in Karlin Hall, Prague.
She has been a resident artist at Centro Sperimentale Ceramico in Montelupo Fiorentino in Italy, the Sculpture Space in NY, the Blue Mountain Center in NY, the Anderson Center in Minnesota and the Vermont Studio Center in Vermont. Eloisa Gobbo has won some competitions to create public works of art, such as those for the Pile-dweller Museum in Trento, or for a Nursery School in Ravina, both in Italy.